Each level, a character gains an AP at ranks 1, 2, 3 and 4, for a total of four action points per heroic level. At the heroic level cap (20), there are no ranks, so the character instantly gains the last 4 AP, for a final total of 80 AP. n.b. During epic leveling, Destiny Points are gained instead of Action Points; DP are spent to unlock enhancements within the Epic Destiny trees.
Banking experience or levels does not grant access to additional AP past the 4 for the current level. Once a character takes their next level, however, any banked experience that results in additional ranks is immediately translated into available AP. 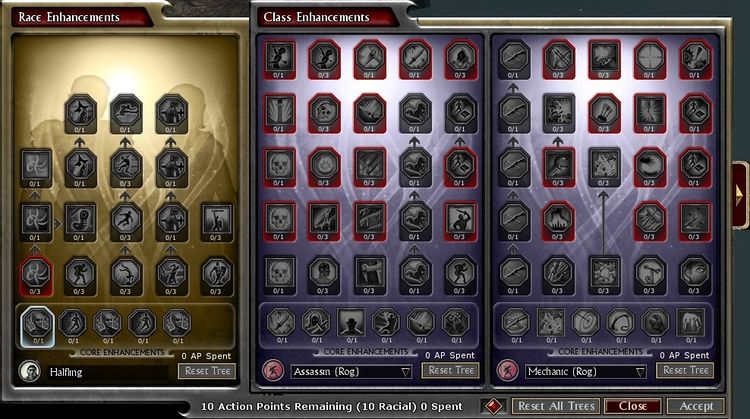