Tiefling Scoundrels are melee focused Bards with an emphasis on Sonic and Fire damage. They gain special powers while in their racial darkness SLA. 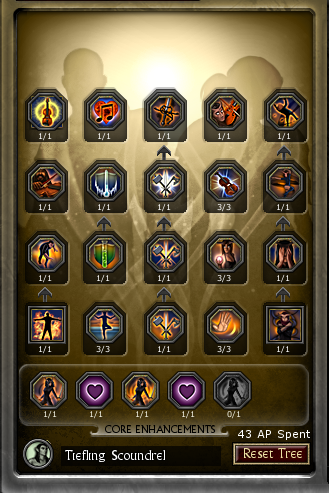 Upon reaching level 15, you receive a container item called Scoundrel Equipment. Double click in your inventory to open it and receive the following Bound to Character on Acquire