Humans are the most adaptable of all the races and live in all sorts of environments. Although considered short-lived by the other races, humans have more ambition and drive than most, and with work, they can achieve success in whatever they set their minds to.

Humans start with a bonus feat and, on average, are able to learn more skills than other races as they level up.

Humans do not receive any Racial feats, but humans do get 1 bonus feat at level 1. 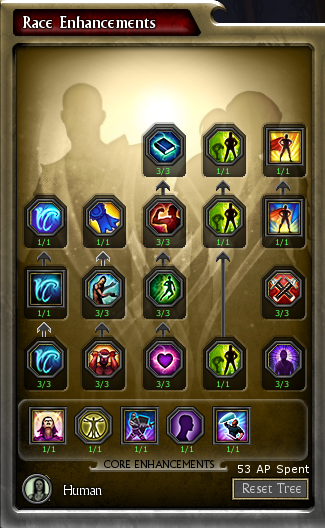