Half-Orcs are extremely strong and have a bonus modifier to Strength. Half-Orcs also have a penalty to Charisma and Intelligence, and generally they have less charisma and intelligence than most other races. Half-Orcs excel in melee combat and Half-Orc favored class is Barbarian.

Originally a premium race, Half-Orc was made free in Update 53.

There is only one dragonmark carried by Half-Orcs - The Mark of Finding, carried by House Tharashk. 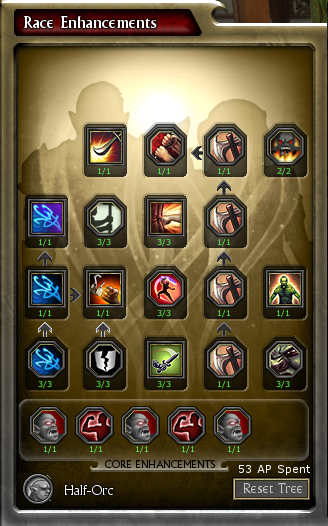