"You were built for war. With a greatsword in hand, you mercilessly smite your foes and leave behind only a wake of destruction."

Bladeforged feat given at character creation.

Feats given at character creation.

These Feats change the body plating of the Warforged. Body plating Feats can be purchased like regular Feats.

These Feats may be purchased just like regular Feats. 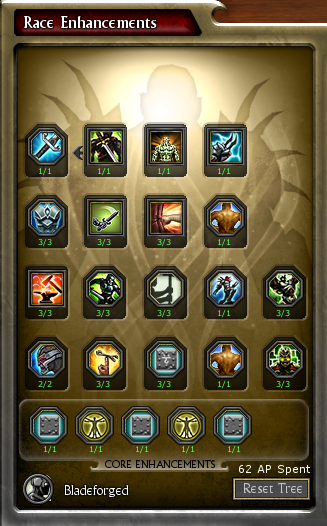 Upon reaching level 15, you receive a container item called Bladeforged Equipment. Double click in your inventory to open it and receive the following;

Items are BtC except where noted, minimum level 15, and Race Absolutely Required: Bladeforged.