Aasimar Scourge are imbued with a divine energy that blazes intensely within them. It feeds a powerful desire to destroy evil-a desire that is, at its best, unflinching and, at its worst, all-consuming.

(Bear in mind that these ability scores don't apply to Feat Prereqs or anything.) 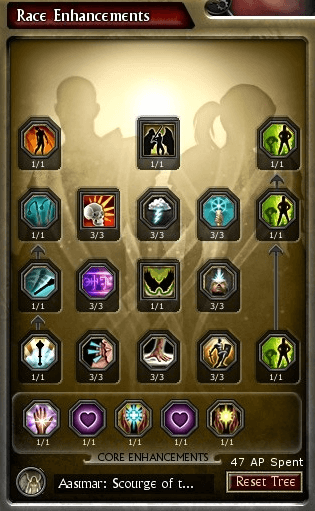 Upon reaching level 15, you receive a container item called Aasimar Scourge Equipment. Double click in your inventory to open it and receive the following Bound to Character on Acquire