Warforged are a race of sentient constructs built to battle in the Last War. The Warforged body is covered by plating, giving it an inherent AC bonus, but preventing the wearing of other armor. Healing spells have their benefits reduced by half when cast on Warforged. Only the arcane repair spells heal Warforged without any reduction. Warforged can improve their armor class using the Adamantine Body and Mithral Body feats. Warforged can also gain additional abilities and customize their appearance by using docents.

Feats given at character creation.

These Feats change the body plating of the Warforged. Body plating Feats can be purchased like regular Feats.

These Feats may be purchased just like regular Feats. 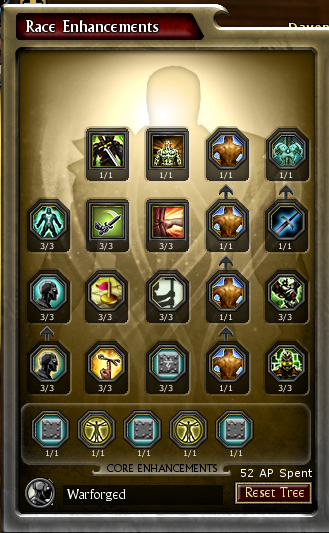