From DDO wiki
< In development
Jump to navigation Jump to search

This page lists future enhancements coming to the game. Feel free to contribute by adding your own finds.

The new enhancement system works like this. See also changes below. 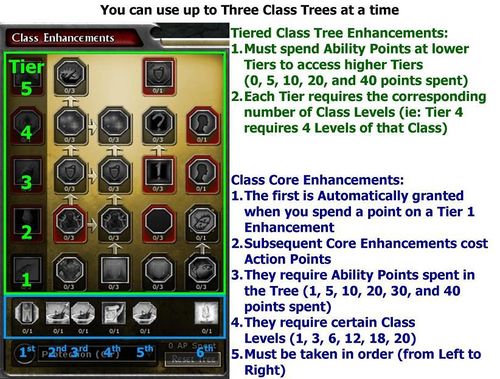 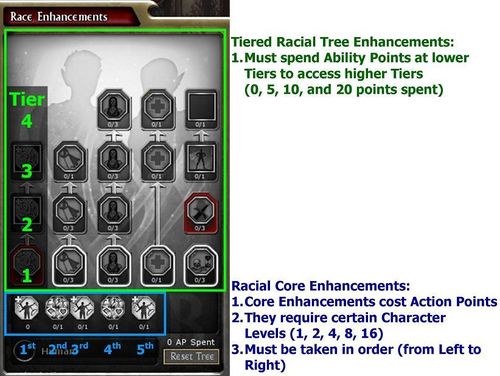 (available with the enhancements revamp)

Favored Soul Divine Avenger I (Sovereign Host) Prereqs: Level 6 Favored Soul, Favored by the Sovereign Host, Favored Soul Attack Boost II, Favored Soul Charisma I, and any of the following: Power Attack or Two Weapon Fighting. Cost: 4 AP Benefit: Everything the gods need to say to your enemies can be said with your weapon. When wielding a longsword in your right hand you are treated as if you have a fighter’s base attack bonus. You also gain the ability to swear an oath of enmity against a foe, vowing to destroy them in the name of your deity.

Oath of Enmity
Benefit: You mark an opponent as your chosen foe with a righteous smite. This attack gains twice your Charisma modifier to your attack roll and a damage bonus based on your Favored Soul level. Whether or not the attack hits, for the next five minutes, each time you critically hit your chosen enemy <SOMETHING AWESOME HAPPENS - oath mechanics are still very much in development, and this is just a hint> for a short period of time. (This bonus stacks up to ten times.) Your Oath of Enmity recharges after five minutes, or upon the death of your chosen foe.

Repeat for other deities, replacing "favored by" as appropriate.

Lord of Blades accepts any of the following: Improved Fortification, Power Attack, or Two Handed Fighting.

Silver Flame accepts any of the following: Point Blank Shot, Weapon Focus: Ranged, or Zen Archery, and instead of a melee smite as their Oath, gets a ranged attack, and their Oath mechanic was a little bit different (and wasn't working properly at all).

Poison Strikes - Figuring the poisons might be based on the ones we have now I did a search in the localization for the descriptions... near as I can tell these are the ones it refers to.