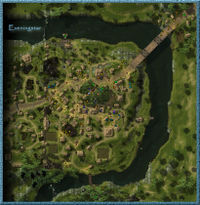 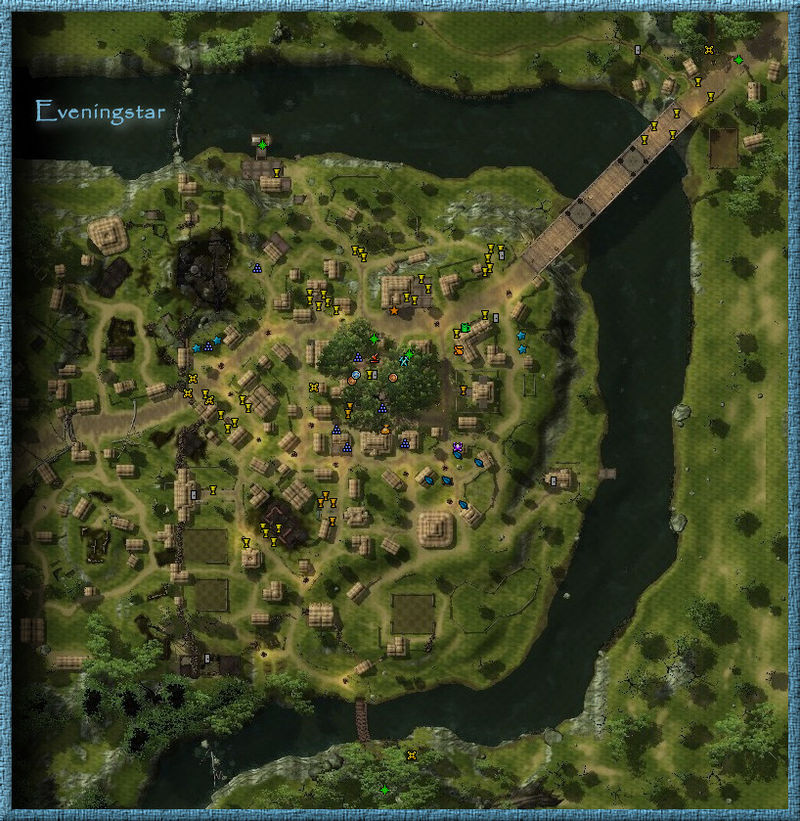 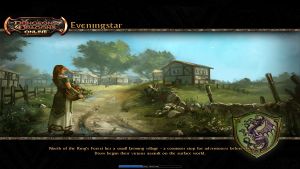 North of the King's Forest lies a small farming village - a common stop for adventurers before the Drow began their vicious assault on the surface world.

Eveningstar is a public area introduced in Update 14. It is the player hub in the Forgotten Realms, serving a similar purpose to Stormreach. The village of Eveningstar is located in the kingdom of the Cormyr, approximately 100 miles North of the capital city, Suzail, and the Lake of Dragons an is located near the northern edge of the King's Forest.
The High Road, a major trading route in Northern Cormyr (running from the city of Arabel, in Eastern Cormyr, to the Western Storm Horns and the cities of Easting and Proskur beyond), crosses the Starwater river at Eveningstar and runs along the Northern side of the village.
See the FR wiki entry for more details on Eveningstar in the Forgotten Realms campaign setting.

Located immediately to the North of the Main Square, the Forgotten Realms Hall of Heroes has many of the same features as the Eberron version. Notable exceptions include: