A Study in Sable

Sir Ebermund was savagely attacked while visiting Sable Manor, ancestral home of Lord Sable. It's up to you to discover who or what is behind the assault. 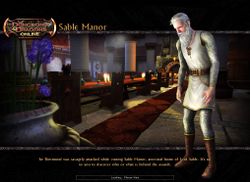 Sir Ebermund Harker was brutally attacked the first night of his stay at Sable Manor. Help the Purple Dragon Knight find out what lied behind his attack!

Talk to Ebermund's niece, Winne Harker near the Lonesome Tankard Inn in Eveningstar.

See also Dev Diary: A Study In "A Study In Sable" 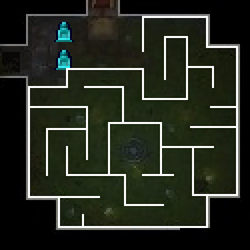 Map of the hedge maze.