Please Note: With update 14, Armor Class and a few other related mechanics have undergone significant changes. Until such a time as we have made a through adjustment to this page please refer to the 'Combat' section of the official release notes for a better understanding the current mechanic.

Armor Class, also called AC, represents your chance to be missed by melee attacks - the higher your AC, the less you get hit. This chance is also influenced by the attackers attack bonus.

If the attack misses, it can still result in a grazing hit.

Your AC is equal to the following:

Monks or currently characters with at least 1 level of monk also can receive a Wisdom bonus+ centered Armor Class Bonus.

Each of the bonuses mentioned above stack with each other, although multiple bonuses of the same type will usually not stack with exception of dodge bonus and miscellaneous bonus.

The detailed formulas are as follows (DDO Forums; link goes to the beta test version of the formula; where is the final formula listed?):

The following table shows the chance of a player to be hit by an NPC enemy (rounded to the nearest percent for display reasons). 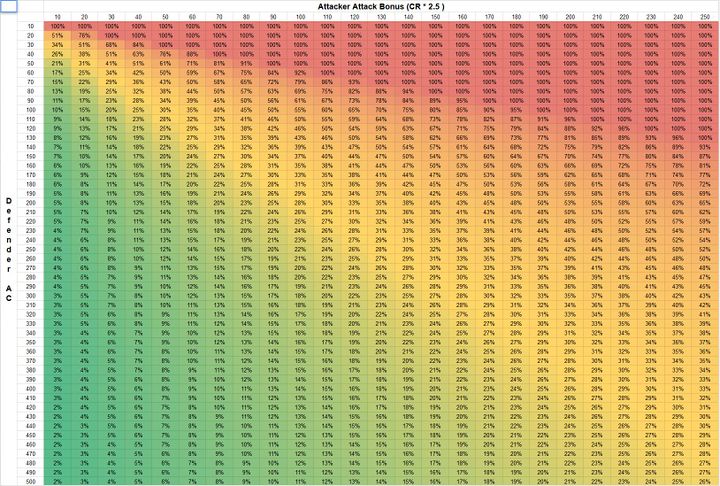 A detailed description can be found at Armor Class bonuses and an overview of different bonus types are listed at Armor class bonus types.

Following a brief explanation of the bonus types:

The amount of AC bonus you get from the armor you are wearing is dependent on two things:

If you have a very high dexterity, you can get the same AC bonus from light armor as a low dexterity character could from wearing heavy armor as light armor have higher maximum dexterity bonus.

The dexterity bonus and the AC bonus of the armor are affected by the type of armor. IE: "Mountain" armor will always give better bonuses than "Battle" armor. For more details on this click on the "Armor by Proficiency" link at the bottom of the page.

Characters that wear outfits or robes have no limit on their AC bonus from Dexterity.

Mithral is an often sought-after material for armor because of its ability to allow a higher dexterity bonus in armor that is normally too heavy for a high dexterity character, and also because it makes armor one class lighter (i.e. - heavy is medium, medium is light) so that you do not have to be proficient in heavier armor to wear them.

Note also that some shields, in particular tower shields, have a maximum dexterity bonus.

As of Update 14, nearly every source of dodge bonus to Armor Class was converted to a percentage. This is a rating of your chance to avoid blows entirely.