Wood Elves are a racial variant of Elf with distinct look and mildly modified racial enhancement tree. Most notable, they are not eligible for the Dragonmark.

Wood Elves do not have their own racial past life, but rather can complete an Elven past life.

For an at-a-glance summary of the differences between Elves and Wood Elves, see Racial Variant differences. 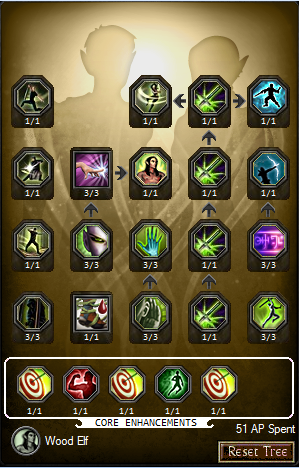