You've finally managed to enter this mysterious hut using the objects the Gatekeeper initiates gathered. But things inside the hut seem . . . strange.

Millik Dar suspects that the Hut from Beyond that appeared in Stormreach Harbor is tied to the Gatekeepers intitiates' disappearance. Go to the hut to investigate.

When you first enter the hut, you don't need to buff or worry about combat until you're good and ready for it. Nothing happens until you actually approach the hags and their circle (as defined by the 4 wooden pillars in the hut). Then they begin a long explanation of the situation - over a minute long. Only once they are done with their speeches do you then fall into the "soul bag" - and you still have all the time you want to buff up while you choose your first combat challenge. The only caveat is that you cannot summon hires once you fall into the soul bag, so do that while the hags are still talking about you (how rude!).

To exit the soul bag, you must help at least one initiate. Each initiate helped will assist you in the final battle. Of the four, Thel Shattertusk's is probably the easiest, with no casters and a wide, flat combat area. 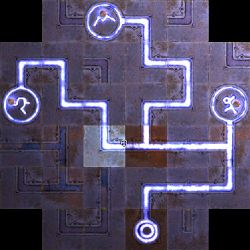 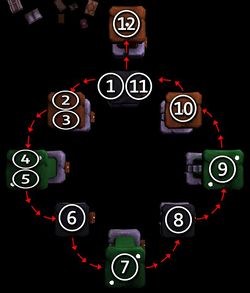 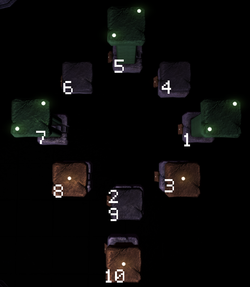 Once you help at least one NPC, a rip appears. Click the rip to return to the hags. Defeat the hags to conclude the quest. Prioritise Condescending Cadence, she can heal the other hags.

NOTE: Some players are reporting that the rip in the seam cannot be clicked. You can select and use the rip with the appropriate keyboard keys to escape the soul bag. This will presumably be fixed in a future patch or update.