The Home of Memory 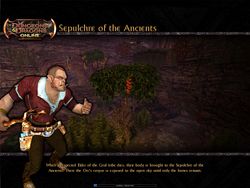 The Gatekeepers asked you to help find one of their missing initiates. Go to the Sepulchre of the Ancients in the Cerulean Hills and retrace Thel Shattertusk's steps.