From DDO wiki
(Redirected from A Mad Tea Party)
Jump to: navigation, search

All Vallaki is a-buzz with the news. Lady Wachter has invited her life-long enemy, Baron Vallakovich, over for tea. Join the party and uncover what dark intrigues are brewing in Wachterhaus.

Lady Fiona Wachter is having a tea party. You're invited - and so is Baron Vargas Vallakovich, her nemesis. Go to Wachterhaus and attend the party - the fate of Vallaki may hang in the balance.

At the start of the quest, there is no combat on the main floor, nor most of the upstairs rooms (Fiona's secret room being the exception). By the end of the quest, after you go to the Baron's mansion and stir things up, that will change.

Once you are done with the mansion, it's time to go downstairs. 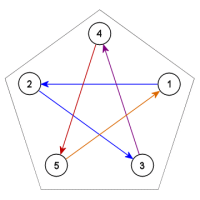 In the Baron's Mansion

Back to the party

Sometimes Lady Wachter remains in the tunnels where she confronted you and doesn't return to the private library. You can still complete the quest, though. Once you've entered the library, she will activate; you just need to go to the tunnels to kill her and then return to the library to get the key.