The local Lizardfolk have moved closer to the town of Saltmarsh, creating conflict. The people of Saltmarsh have sent you to confront the Lizardfolk about their incursions.

Discovering that the Lizardfolk are smuggling in weapons has made the the town worried. While they have always lived in peace with the Dunwater tribe, it looks like that is about to end. Eliander want you to head to their lair and try and deal with them. 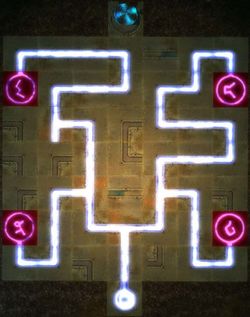