An evil Alchemist's mansion stands alone on a cliff and mysterious lights and hauntings have kept people away despite rumors of great treasure. 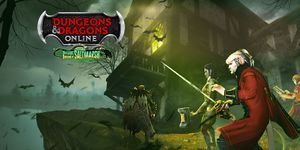 Wikipedia has an article on the same subject:
The Sinister Secret of Saltmarsh

Sinister Secret of Saltmarsh mini-expansion was introduced in Update 50 on August 4, 2021.

To access the area, go to The Gatekeepers' Grove in the Harbor, talk to NPC Val Arkalamnash and get transported to The Snapping Line Inn. Quest givers and entrance to the wilderness area is located within the inn. 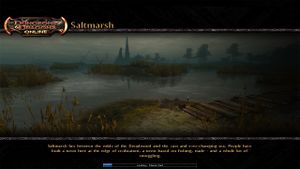 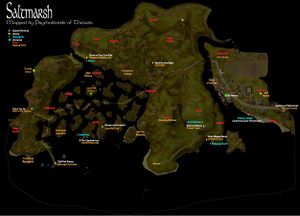 Map of the Saltmarsh

The adventure pack and other content is currently available from the DDO Market.

It includes areas and adventures inspired by the original AD&D module as well as later stories from the 5E Ghosts of Saltmarsh book.