Slave Pits of the Undercity

The Gatekeepers have sent you to retrieve a Codex Page from Dame Gold. In return, she wants you to destroy the scourge of the Slave Lords. 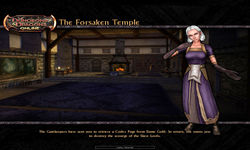 Use the portal in The Gatekeepers' Grove to travel to the Slave Pits of the Undercity and destroy the slavers there.

A very high number of random traps. Don't be surprised to see 50+ traps. Since most of the traps are random the numbers for bonuses also change. 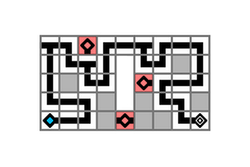 Notes: Due to the sheer number of traps, some of which are entirely random, it's generally not considered worth trying for the bonus; just do enough to clear a path for your party (usually down the middle).

Slave Pits of the Undercity loot

The above was automatically compiled via DPL, 04:15:40 result from cache, age: 19:46:44 of max 1 day - if you think that's not up-to-date, refresh it by visiting this link (please, use sparingly, since it puts some additional load on the server)