Arraetrikos sent one of his lieutenants to infiltrate Stormreach's sewers. But members of the Twelve have a plan to trap him. 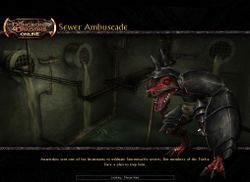 Arraetrikos has sent Garko, one of his lieutenants, to infiltrate the sewers of Stormreach. However, members of the Twelve have learned of the lieutenant's plan and have laid a trap for him.

Travel to the Sewer Ambuscade beneath Stromreach and help the Twelve stop Garko. 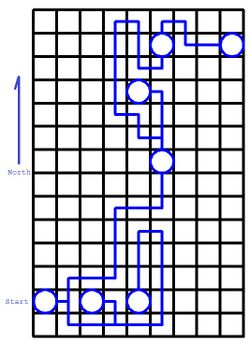 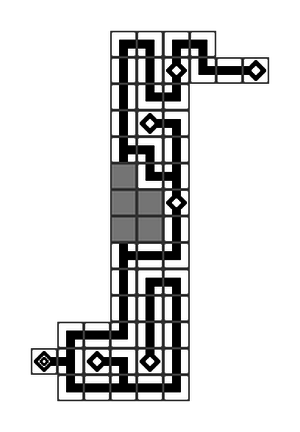 Walk through:
Open first door, talk to Leth, then buff up. Open door, wait for Garko to lower spike barrier. Don't jump down or you die (highly poisonous environment at the moment). Proceed north. Kill kobolds and oozes, mind the traps. Reach shrine, then drop down and run south.

The way east is blocked by a barrier, so go west.

* The trap control panel is not as shown on map, it is on the west wall at the north end of that tunnel, before the water slides down.

Continue north (not over the drawbridge, although there is a collectable there), killing more ooze and kobolds. Then kill Garko along with some oozes and kobolds.

The above was automatically compiled via DPL, 04:40:13 result from cache, age: 16:46:35 of max 1 day - if you think that's not up-to-date, refresh it by visiting this link (please, use sparingly, since it puts some additional load on the server)