ack! naw, naw, dont add * to quest reward lists for indent. it messes up unique quest rewards listing. i was breaking the main list into category entries using inclusions. so we can use those small lists wherever needed, and when we need to fix one of them we only have to edit it once. i knew that reward section of quest entries didnt look too great though. to fix that, we should revisit template:quest which is, um, something taht i dont wanna do right now as it affects many many pages... --yoko5000

Okies, I had no idea that it would mess other things up... I was just trying to make it look purtier on the quest pages! Sorry... Is there any way to indent the whole thing (like you did for one of my replies, which I then C&Ped every time lol, on that Noob Talk page a few days ago) in the questpage itself? I played around with a few things, but... yeah, that just made it worse. Thank Faranth for the Preview button! -LrdSlvrhnd 01:12, March 11, 2010 (EST)

For some reason the Acid designation is working now. Gratz on fixing it, however I can't seem to find anything that was done to the Acid link in the enhancements. How did you fix it? ~ Siltharin 23:41, 9 January 2011

No worries, neither do I lol... I always end up finding another redirect page and copying it! (I actually do that with a lot of stuff...) It's easier to sign your stuff with four tildes ( ~ ) or by clicking the "signature" button, either of which then dates it and automatically links to your userpage. --LrdSlvrhnd 23:51, January 9, 2011 (EST)

What I did with Template:Skills, was combine Template:Skill and Template:-Skill and added a little detail to explain what each skill does and how it reacts, exactly the same as I did with Template:Stat. I supposed I could take out the descriptions of each stat/skill, but that forces the user to have to click to find out more detail if they want it and takes them away from the page they wanted in the first place forcing them to use their back button to get back, which is what I was trying to avoid.. ShoeMaker 12:18, April 14, 2011 (EDT)

Awesome.. You are the first person other than myself to use those templates.. Makes me feel good and accomplished when I spend hours working on these things and they actually get used... It gets frustrating keeping all of the brackets, although Notepad++ is a great help figuring out if all of my brackets are where they belong, and true/false statements straight (iirc #if: is |true|false and #ifeq: is |false|true or something like that)... Please feel free to leave me any comments, ideas, or suggestions on ways to improve my templates.. :) ShoeMaker 00:58, April 22, 2011 (EDT)

I've re-vamped Template:Augment on a sandbox so that it lists your choices when you mouse-over it. Some of the lists are kind of long, and I would like some input on if you guys think this revised template should be implemented. Here are the examples:

I noticed you added the notes that Archivist's Necklace and other Khortos necklaces come as end rewards in Phiarlan Carnival. This is relevant to my interests, so I need to ask if you're sure. Because I ran that chain about 15 times trying to get that necklace, also asked the ~30 people that were in my parties if they got any necklaces, and the only necklace I ever seen or heard about there was Anger's Gift, which appeared roughly half the time. - . 91.213.118.78

About half the runs were with class based end rewards on, on wizard and bard, the other half with the class based off. What is your assertion that "all drop there" based on? Have you actually seen the other necklaces there?

I remember Shade's argumentation somewhere that the interaction of DR and dungeon scaling (described in this article Damage Reduction at the very bottom) is what causes us not to perceive the full DR that ghostlies have. I don't have an opinion because I don't own the pack. --Cru121 06:04, January 18, 2012 (EST)

Yea before doing contraversial edits (id say ones that include the word "hell" in the summary count), you may wish to examine the pages history, I've already reverted the same edit you just changed and included the reason. I suggest you read the article and revert our edit yourself. I have personally verified the DR with my character who does over 100 damage a swing. --Shade 07:51, January 18, 2012 (EST)

LOL You may appreciate this[edit] 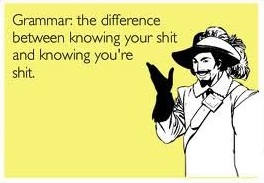 Come visit us in IRC chat![edit]

I've been doing a consistency pass over named clothing and named jewelry.

So I edited a few item pages to make them all conform to those specifications.

Now I'm having doubts about Ioun Stones. You and Shade explicitly edited most of them to have type "Ioun Stone" instead of type "Trinket". As far as I can see, those are the only named jewelry items that don't conform.

Do you mind if I edit them back to type "Trinket" for the sake of consistency (and nice-looking table compiling)? Is there any technical background reason I may have missed to have them listed as type "Ioun Stone" (apart from the fact that they are)?

Ah, I've found a way to include dpl queries in a Post template. So that it's not scattered around two large sub-tables, here's what I'm talking about: (edit: done, so hopefully whoever reads the table won't find anything out of place any more -- Aldyron (Contributions • Message) 08:53, October 12, 2013 (EDT))

Changing 'em is fine by me! I'm pretty sure my edits consisted largely of copy/pasting without actually looking at the type (mainly the extra spaces to line up the = so that the fields are all lined up instead of bouncing back and forth between "Type=" and "Durability="). In fact, I'm glad you caught that because yeah, they *should* be Trinket. Ah, the perils of C&P...

You've been nominated for clown of the year![edit]

No idea why you didn't have this long ago... Please accept your nomination if you are interested in the extra tools. ShoeMaker (Contributions • Message) 18:53, January 12, 2014 (EST)

Remember when you wrote up that bit about how class ties are resolved when counting toward Completionist? Would you still stand by what you wrote? I want to build a 10/10 Barbarian/Rogue and have it count for Barbarian, which it would if your description is correct. Hoopy Froodle (Contribs • Message • Email) 23:40, October 17, 2016 (EDT)

If you could, please look in on the talk page for I:Devotion (Handwraps) item? I looked at the edit history and noticed you were the one to change the drop location after the update. Could you please provide more info there? ⇒ TheWarforgedArtificer (Contribs • Message • Email) 16:06, November 5, 2020 (EST)