A former pirate haven, Three-Barrel Cove is still a very rowdy outpost town on an island north of Stormreach. There are many dangerous adventures and dungeons that await characters brave enough to explore Three-Barrel Cove.

The recommended level ranges are 4 to 7 (heroic) and 25+ (epic). It includes 10 quests (five heroic only, four heroic and epic, and one epic only) and a wilderness area that allows full XP for levels 3-8 (heroic) or 20+ (epic). 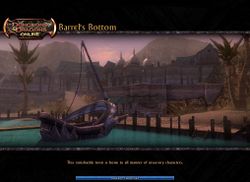 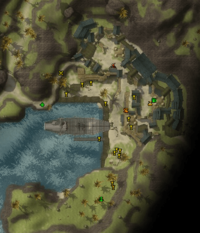 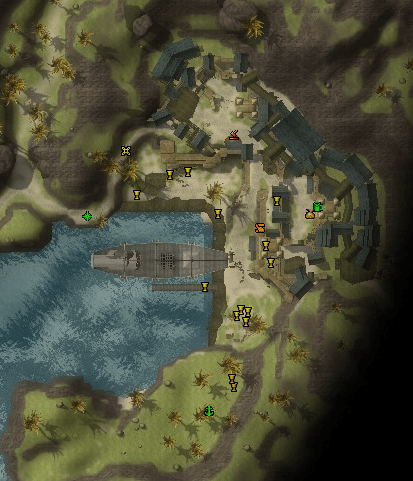 As of Update 22, the "bottom" section of the previous Three-Barrel Cove wilderness zone has been remodeled into a city zone. It can be accessed via several places:

Optionally, complete the Pirates of the Thunder Sea mini pre-quest to guide you when getting to here.

Entrance to the area is located on the North West end of the city zone.

* Note: Precious Cargo was an addition as of Update 22, and requires completion of the other 4 epic quests.