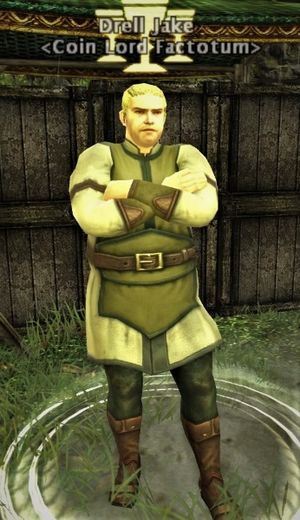 Bestows Quest(s): The Pirates of the Thunder Sea (heroic)

Location: Barrel's Bottom, far south end above the beach, by the airship portal

If you try to talk to him, he will reply:

Once you complete all quests of his list, if you talk to him again, he will reply: