Schemes of the Enemy

The Cannith Manufactury has been overrun both with warforged loyal to the Lord of Blades and with rogue House Cannith elements loyal to Toven d'Cannith. Lena d'Cannith wants you to retrieve the master Manufactury Schematics that contain the security overrides needed to lock down the area. Head to the Syrania Conduit Floor inside the Cannith Manufactury and then search for the schematics. 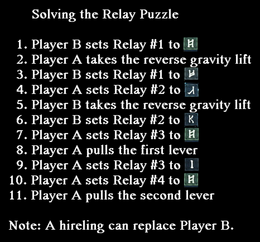 Notes: Getting above aggression bonus requires killing re-spawns at the boss fight if you did not select the brute force option at the security door.