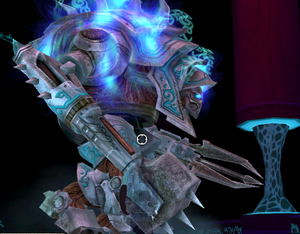 
Description: The raid boss of the Twilight Forge quest series, encountered in The Titan Awakes quest.