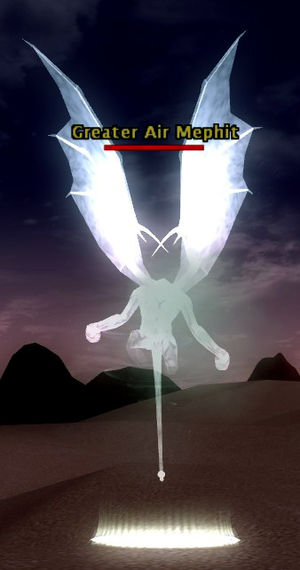 Description: A stronger version of a Air Mephit. When it is summoned by another mephit, kills don't count for the Monster Manual or for the experience report.