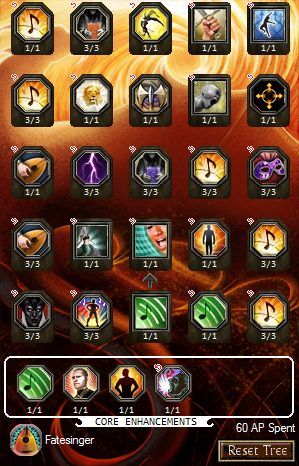 A glorious weaver of fate, herald of ancestral legend and master of magical song, the Fatesinger's power at once empowers companions, and sends foes to their graves with a smile on their face.

This Arcane Epic Destiny gains song abilities and performs the legends of the ancients. By seeking the perfection of the song, the Fatesinger is able to boost allies' abilities like few others and completely confound, control, or even defeat enemies with a mix of magical artistry, powerful musicianship, and subtle misdirection. Being extremely versatile, the Fatesinger can also mimic many passive abilities from other destinies.