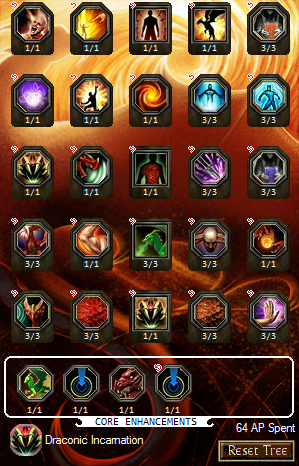 With the fearsome and powerful blood of dragons flowing through their veins, Draconic Incarnations have the ability to mimic their legendary ancestors in many ways.

Each person that possesses this Arcane Epic Destiny has a particular heritage that bestows bonuses to certain spell types: a red dragon heritage will result in stronger fire spells, whereas a blue dragon heritage will boost the power of electric spells. Draconic Incarnations can also unleash a devastating breath weapon or a soaring attack that matches the element of their dragon heritage.