Wayfinder Dael made it far into the Steam Tunnels before she was forced to retreat. Watch for the signs she left behind. 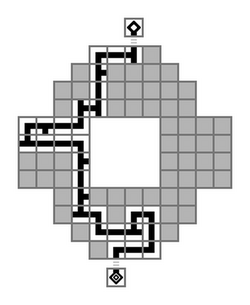 Blockade puzzle
Spoiler Warning: Information below this point can be considered spoiler material!