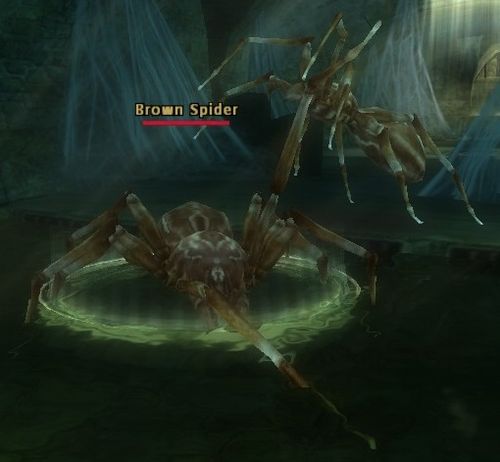 Spiders are either Vermin type or Magical Beast type monsters.

Many, but not all spiders have Evasion.

Spiders have the following features.

Spiders possess the following traits (unless otherwise noted in a creature’s entry).

Common spiders, such as Black Widows and Small Brown Spiders, are Vermin type monsters. Spiders of the Magical Beast type tend to have more magical qualities or fiendish blood, such as Crimson Foot Slayers or Whisperdoom. Magical Beast type spiders can even be spellcasters. The Crimson Foot Herald and some of the named spiders (like Whisperdoom) are notable in this regard.