The Fane of the Six: Fall of the Prelate

The Prelate of the Six hides somewhere in these ruined chambers. Defeat him and locate the source of the temple's power.

Return to the temple through its side entrance, defeat the Prelate of the Cult of the Dark Six, and find the entrance to the inner temple. Do not enter it yet. 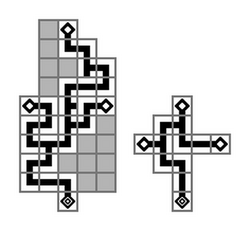 Fall of the Prelate puzzles
Spoiler Warning: Information below this point can be considered spoiler material!