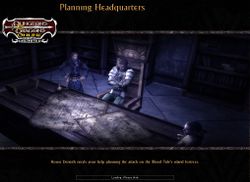 The Blood Tide pirates have occupied Mistral Island in the Straits of Shargon and are fortifying their base there.

House Deneith plans to strike at this island fortress and Galton d'Deneith has recruited you to lead the island strike force. 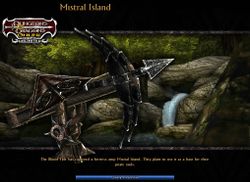