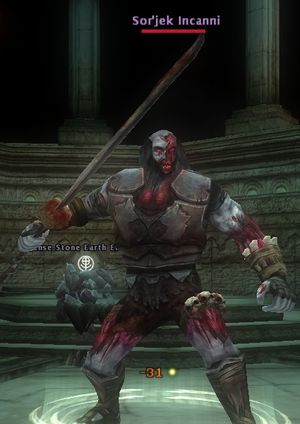 
Description: Purple named boss mob encountered in Stealer of Souls. For the one encountered in Tempest's Spine raid, see Sor'jek Incanni. Prior to becoming a Lich, Sor'jek was a Storm Giant.

Note that there are no Greater Bane weapons for mephits, as they are Neutral Outsiders and neither Elementals nor Magical Beasts.