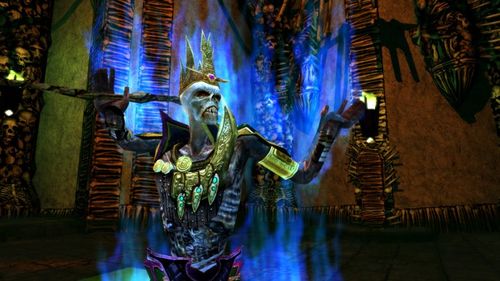 A lich is an undead spellcaster, usually a wizard or sorcerer but sometimes a cleric or other spellcaster, who has used its magical powers to unnaturally extend its life.

A lich is a gaunt and skeletal humanoid (most Liches currently in DDO are ex-Humans, the exception being Sor'jek Incanni) with withered flesh stretched tight across horribly visible bones. Its eyes have long ago been lost to decay, but bright pinpoints of crimson light burn on in the empty sockets.

Currently all liches are at least orange-named, mostly red- or purple-named end bosses.