These missiles can be traded. This can be useful to other party members who may use different ammo types.

Despite the spell listing a duration, the missiles will remain until expended, or until you log out for an extended period of time. 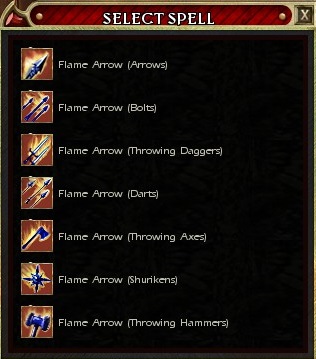