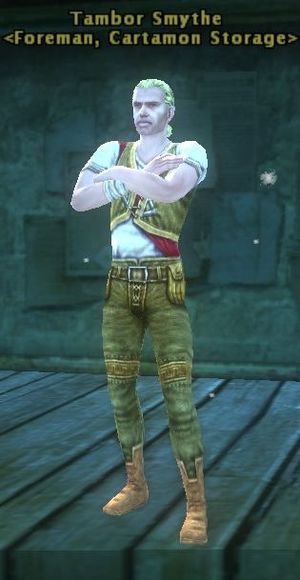 When you approach him anytime, he will say:

After you get the chain A Man Named Baudry Cartamon, he will reply:

On completion of his quest, he will say:

After Baudry asks you to find Harmon Taft, he will give you directions:

After you complete the quest Stop Hazadill's Shipment, but before you finish the chain, he will say:

The very first thing you will see in the quest is him, waiting for you to start setting the traps.

As you fight the kobolds, he will keep screaming some kobold lore on you:

After the timer run out and the quest completes, he will congratulate you: