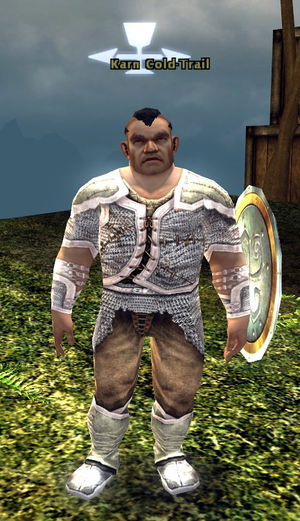 Description: Making use of any of the NPCs in The Foothold requires paying 1,000 pp to Karn Cold-Trail, but a good negotiation skill can reduce or eliminate this fee (you only need one of these options):

You need to pay this fee only once per life.

When you first arrive at the place, he will reply:

After you come in agreement with his service's value, he will tell you:

Talking to him after acquiring the raid, but before completion, will make he say:

After you get the sigil, he will reply:

On completion of raid, he will congratulate you with the following:

After completing the raidand taking the reward, if you talk to him again, he will reply: