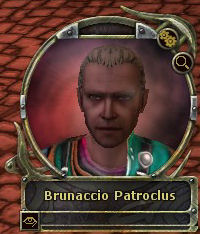 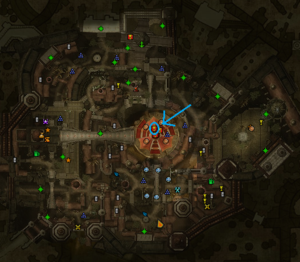 Location In Marketplace, near the entry to the Subterrane

In the raid The Chronoscope, Brunaccio Patroclus can be seen at the floating tower where Veheer F'nord coordinates Stormreach defenses.

After you defeat the Conjoined Abishai Devastator, he will tell you:

In the quest Partycrashers, Brunaccio Patroclus can be seen near the central fountain talking to Iridor d'Phiarlan. Talking to him will make he randomly say one of those lines: