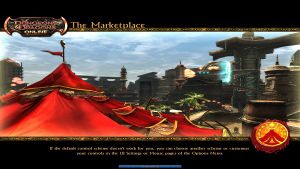 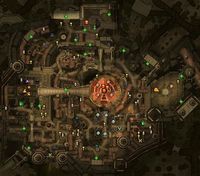 The Marketplace map
(mouse-hover for pop-up) 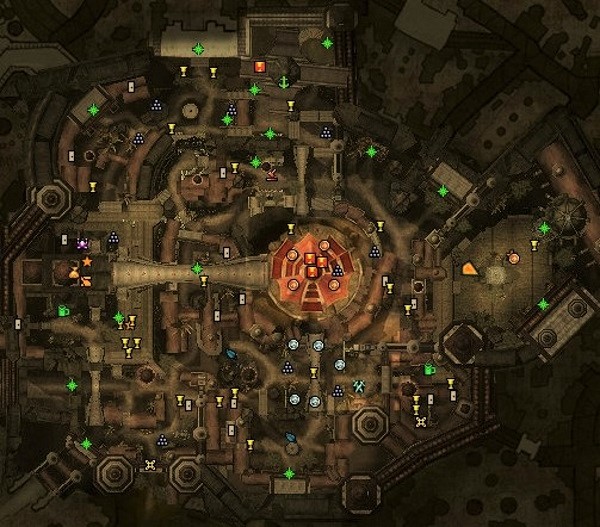 The Marketplace is a large area connected to the Stormreach harbor. It has free and pay-to-play quests, access to city zones with houses Jorasco, Kundarak, Phiarlan, Deneith, and The Twelve, and to wilderness areas The Cerulean Hills, the Sands of Menechtarun, and Three Barrel Cove. The pawn brokers are an unusual resource that pays high prices for items. Other resources such as the bank, player upgrades, vendors and mail are typical of a number of other areas.

The Marketplace is home to the Coin Lords, a group of powerful merchants and traders, and the ostensible rulers of Stormreach. However, their power has greatly waned over time, and now many other organizations such as the Houses now rule large chunks of Stormreach. The powerful organizations all exist in a temporary and tense peace with one another. 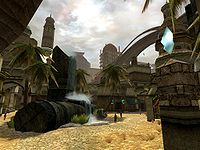 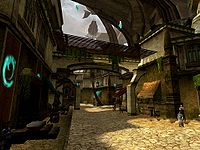