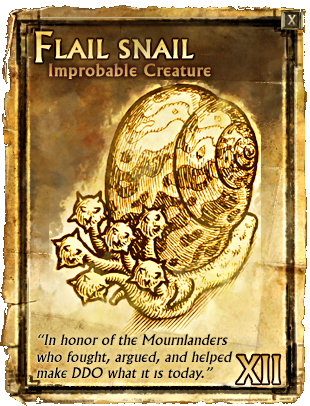 PngOptimizer - http://psydk.org/PngOptimizer.php - I been using this one for a few years already since png was brought to my attention.

Use "Item:" for armor and weapons pages moves and creations.

Links and wikilinks are allowed in sortable headers (tooltips over links will indicate the sorting operation). Styling markup in a header may cause that column to be unsortable - see bug 31755. There is a workaround.

Come one come all, ye adventurers, to share a time of fun and relaxation with dancing lag and drinking more killing among other fine activities during these special events in Eberron and Abeir-Toril. These are times for celebration, not of war.

There are four three main festivals throughout the year, one for every season (except summer). During the festivals, adventurers can enjoy many different activities; some are repeated every season, and some are specific of one type of festival.

How to take good DDO pics[edit]

How to make your images look good before uploading to DDO wiki.

If possible max the following settings Including :

DDO's in game .jpg screen-shot feature is more then sufficient for captures which Do Not contain text.

Weapon: Use the attack stance (auto-attack)

Goggles, Helmet and Armor: log out of the game and take a screen shot of the character in the armor from character selection screen. Zoom in for helms and goggles. But the back of the armor/helm is just as impressive as the front. Take picture of back and front and in the image editor, put both Images together.

Shield pan the camera and focus on the shield in blocking or the relax stance (the few seconds after active shield block) . Try to find a area that has nice lighting which can be reflected on the shield. Since shields scale with the race being used Half-orc or Warforged will provide a bigger viewing area of the shield.

Item description: DDO's in game screen capture uses .jpg which uses lossy compression and is poor when use for Item text descriptions. The description text loses color can make the image look wash out and faded.

If possible use a 3rd party screen capture program like Fraps which would save image as .bmp and in a image/photo editor save as .png this will retain the colors of the text.