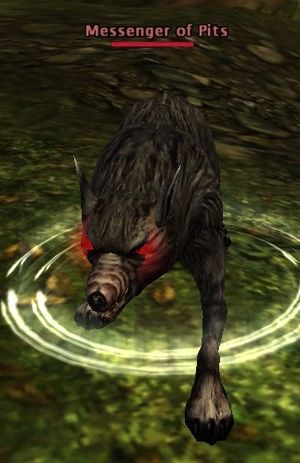 Habitat: A Small Problem — One of the four final bosses.


Description: While you fight it on heroic elite and all epic difficulties, this is the only member of the boss quartet that does fight every time. It helps you and Brawnpits to fight the Spirits of the Hearth that attack once you deliver the firewood.

While running heroic elite at-level, it is the most dangerous boss in the pack, because you likely have very few ways to protect yourself or Brawnpits against negative levels.