The Lord of Blades

The way leads into the bedrock below the Manufactury. Runes abound in the tunnels here, and they seem older than the Cannith structures above. 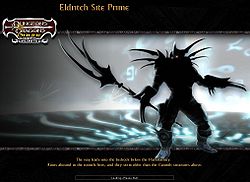 No flagging is required for this raid.