Dr. Rushmore's Mansion: Behind the Door

(Note: This does NOT mean it requires purchase of anything, you may play with free daily tokens.)

Dr. Rushmore's Mansion: Behind the Door is one of the challenges added in Update 12.

Dr. Rushmore and his band of wanted criminals have suddenly appeared with their Mansion! Can you find them in time? 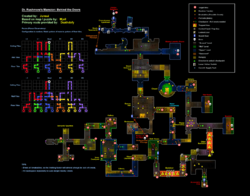 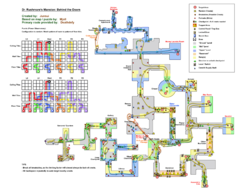 Note: You must complete the first star objective to receive experience & rewards from this Challenge.

You will earn points for the following: 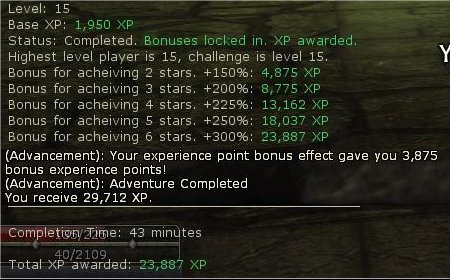 Subsequent runs the star objectives will provide bonus XP as well, though far less than the first time.

Monster Information Primarily Phantasmal creatures. They count the same as the type they match, but are illusionary and thus gain immunity to mind effects, and should be (but currently are not) vulnerable to dispel magic. Vorpal effects will kill these phantasms.