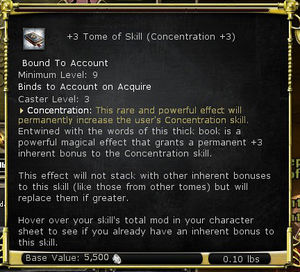 Introduced in Update 18 a Tome of Skill, also known as a Skill Tome, is a rare and powerful book that permanently grants an +x inherent bonus to one skill, as noted when hovering over the skill.