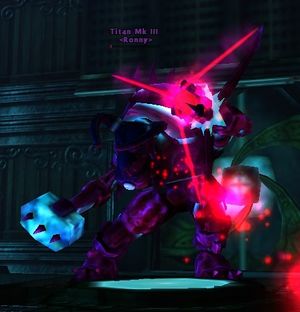 Description: Titan Mk III <Ronny> aka "The Purple One" is one of the raid bosses of The Master Artificer raid, introduced in Update 11. Titan Mk III is encountered along with his buddy Titan Mk II <Margie> during the final stage of the raid.