A thriving monastery of monks was once the caretaker of the Soami Gardens. Now it is obscured by darkness.

This adventure zone is accessed through The Reaver's Refuge. 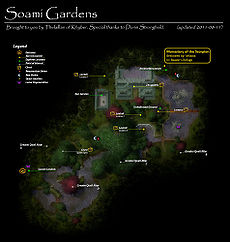 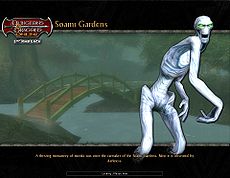 In addition to the Rare Encounter / Slayer / Explorer quests typical to all Wilderness Adventure Areas, the following missions can be found in this zone: