The forest is the heart of Sor'jek's scheme to amass an army of undead dragons.

This adventure zone is accessed through The Reaver's Refuge. To get here, either ask the Stormreaver for fly and fly up directly above him to the Ternathear's Inner Lair.. Or use the various air jets about to be propelled up there. Once inside you will need to be flagged for Stealer of Souls to have Ternathear open the portal to the Eerie Forest. Though the forest itself does not require flagging, getting the portal opened does - so you can also get in here by having another party member open the portal for you. 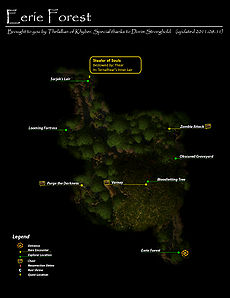 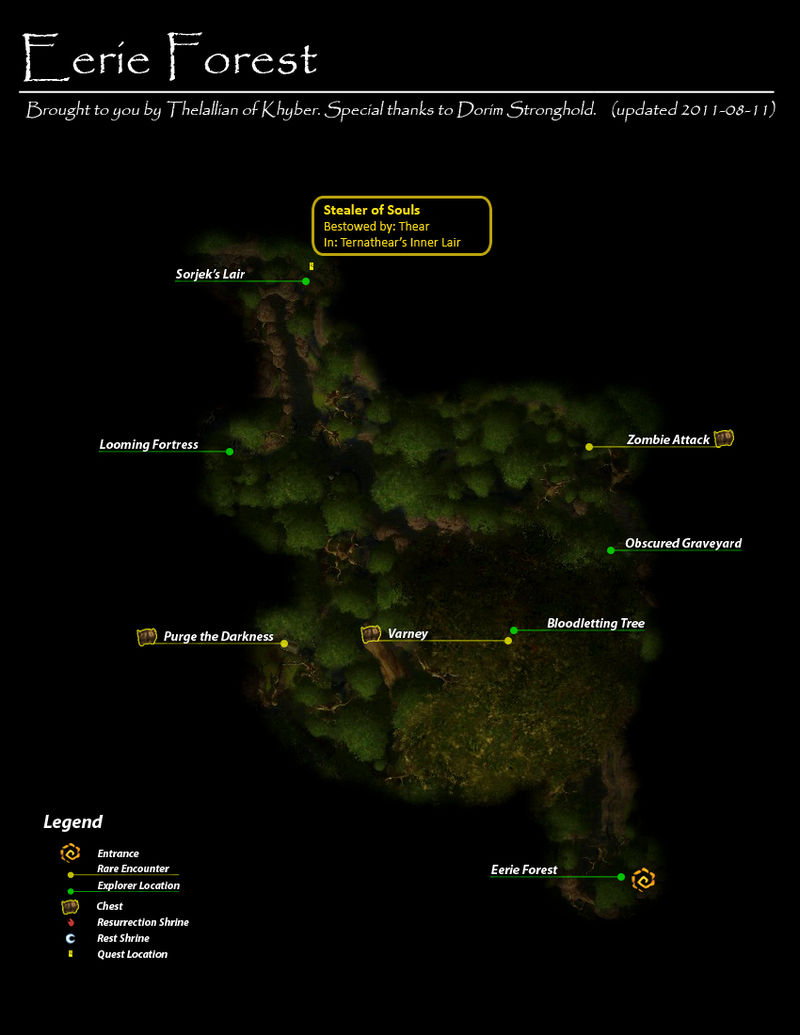 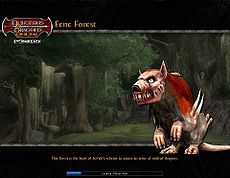 In addition to the Rare Encounter / Slayer / Explorer quests typical to all Wilderness Adventure Areas, this quest can be found in this zone: