The path up Mount Reysalon is treacherous, but what sort of secrets are held within?

This adventure zone is accessed through The Reaver's Refuge. Once inside, talk to Khiin, on the far west side of the area. 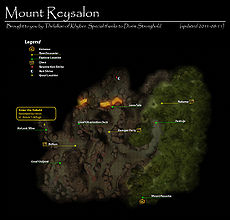 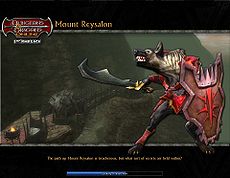 In addition to the Rare Encounter / Slayer / Explorer missions typical to all Wilderness Adventure Areas, the following quest can be found in this zone: