Orchard of the Macabre (epic) 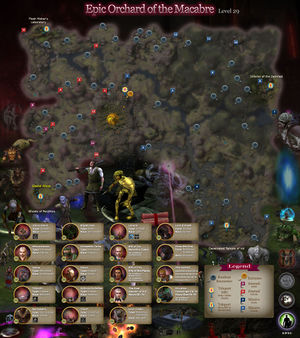 Spawn locations seem to be semi-random in most cases; encounters appear to be most likely to spawn in the zone next to their name, but can show up anywhere. Exceptions to this are noted next to the encounter.