Trials of the Archons 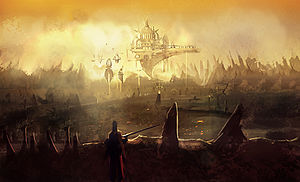 Concept art for Archon Citadel, where Archon forces in Shavarath reside in 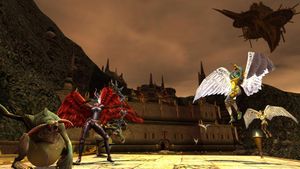 Teaser image, Erinyes (left) and Trumpet Archon (right) are both new monsters as of this update

All quests are located in Amrath. Suniro bestows War of the Archons chain. You'll be flagged for the raid after completing the chain (even if you do that on heroic).

Chain reward is random loot (heroic has a chance to drop Collapsed Portable Hole though).

The Celestial Alliance is the name of the story arc where the storyline involves a classic DnD artifact Codex of the Infinite Planes.