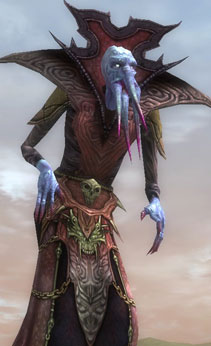 They call themselves Illithid. Mind flayers speak Undercommon but prefer to communicate telepathically.

Mind flayers like to fight from a distance, using their psionic abilities, particularly their mind blast.